Stress is one side-effect of your mind and body being put on full alert when you are threatened, actually or imaginatively.   There is a way to avoid or melt stress.

On paper germs and viruses may not look as dangerous as a gun pointed at you; when you continue to hear virus facts your mind and body are on full alert, which causes stress. When you focus on solutions and not the threat, fight or flight does not kick in, stress 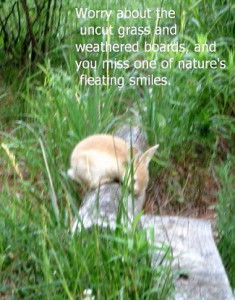 melts and you can think more clearly.

Worrying about what others will think of the uncut grass in your yard may seem silly when compared to a person with the gun pointed at you.  Nevertheless, each can put your systems on alert and cause stress.

If something is physically going to hurt you and you can physically stop it or run away, your fight or flight response is a welcome ally as it’s response system shuts down when no longer required. It is not an ally with physiological threats as they can have your body on full alert for days, weeks, months and even years, taking an exhausting toll on your mind, body and spirit.

Your fight or flight response causes your body to release adrenaline and cortisol, raise sugar level in your blood, and more.  Elevated cortisol levels interfere with learning and memory, lower immune function and bone density, increase weight gain, plus all the negative things that stress causes.

Meditation can lower cortisol levels and reduce anxiety, which is why at certain times listening to the guided meditations on the CD ‘Finding Your Solutions’ moves from a luxury to a necessity.

That is one long list, especially when you add in the diseases triggered by stress, making stress enemy #1.

The good thing is that you can avoid stress or melt it without drugs or long hours in therapy.   In meditation you stop thinking without falling asleep. You slip into that place where there is no one to judge, no need to judge yourself, and unlimited possibilities can unfold.

It is estimated by the major health journals that over 240,000,000 people are daily experiencing negative symptoms caused by stress.

If stress is effecting your life you probably do not care about the statistics, you simply want it erased.  Having a safe raft to navigate through the swamp of artificial energy and the negative happenings around the world as reported by the media is a way to avoid stress.

Meditation is that raft allowing you to avoid all the should have, would have, could have thought; it is the raft tkaing you into a tranquil stillness where there is power.

My guided meditations on Finding Your Solutions can be that raft taking you into that tranquil place where there is no one to judge you and no reason to judge yourself.

Have you ever noticed how people who focus on their passion in life, and not their problems are most often happy, healthy people?  When you are guided to look beyond your problems you can connect with your passion in life.

In Finding Your Solutions you are first guided into a state of relaxation that is right for you at that time, and then to the place where you are guided to look beyond problems and see solutions. 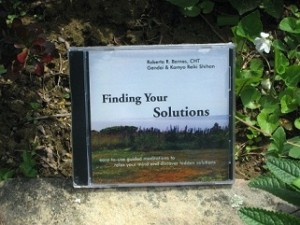 CDs may be old school, but with headphones there are no distractions keeping you from  one of the most beneficial ancient practices, which is when you change your thoughts and you can change your life.

The second program  takes you to that beautiful place in nature where you can leave worries, and all the must haves and must dos of the world behind.  In this place  being in where only solutions grow you can relax and enjoy the freedom or no worry.

Tune-in to the stillness

The tranquil place you slip into during meditation is void of fear, anger and tapes of problems playing over and over in your mind.

In meditation your body has no need to mobilize all its resources to deal with what your left brain sees as threatening, so your fight of flight response is put on hold.

Meditation takes you into a peaceful place where there is no chatter.  Being in this peaceful place melts stress, allows you to think more clearly, boosts your immune system, erases the fear that is not helpful. and move forward in the way that is best for you.

When you daily experience the tranquil stillness of meditation you can form the habit of bringing calm into you daily life.  Meditations and exercises in both Gendai Reiki-ho and Komyo Reiki Kai help you to expand your awareness without ego.  various Japanese exercises Usui Reiki  guide you to melt stress; once stress is gone all those side-effects that took a toll on your mental and physical health can begin to heal.

Remember the saying that the wind from one door closing blows open another?  When stress and doubt have their hold on you, your view of the opening door can be blocked. The more hectic your life becomes, the it is more open stress.

Your busiest of days can be smoother when you pause and simply stop thinking without falling asleep; this space of no thought allows you to think more clearly when you return to your beta lee (fully awake conscious state) and look at solutions not problems.

Back to Meditation & Beyond

Go to What is Reiki

IMPROVE THE QUALITY OF YOUR LIFE AND THE LIVES AROUND YOU

through the balance & harmony of

"Everyone is born with the right to be
healthy and live with happiness, and the path of Usui Reiki helps you to fulfill that right."--Shihan Roberta R. Barnes © 2002

"Your life is but a collection of present moments; when each present moment is filled with balance and harmony Health and Happiness naturally follows."--Shihan Roberta R. Barnes © 2004 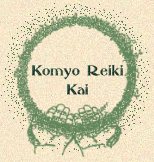 ONE OF THE BENEFITS in using complementary medicine such as Gendai Reiki-ho, Komyo Reiki Kai, Guided meditations and healing herbs is being able to cut down on your scientific medical costs

Goldenseal root (Hydrastis Canadensis) often used with Echinacea purpurea or Echinacea angustifolia has become one of the most overused herbs in today’s market.

It is now so rare in the wild that it has become endangered.

Golden Seal is an antibacterial and is best known for its internal use with sinusitis, strengthening the disks in the spinal column, and varicose veins.

It is best known for its external use with diabetic ulcers on the skin.

For congestion goldenseal does not show positive results until the mucus has broken up.

Substitutes for Goldenseal include Barberry Root (berberis vulgaris), which has antibacterial activity like its sister Oregon grape root (Berberis aquifolium).

Any of the Berberis species are good  substitutes for the over harvested goldenseal.

Goldenseal has been used to help those who feel as though they have a hemorrhage of the emotional energy from the solar plexus.

On the other hand,  Agrimony (Agrimonia eupatoria) has been used to help with constricted Qi/ki, frustration and anger.

Anyone with hypoglycemia may experience a drop in their blood sugar when using Goldenseal.   Anyone pregnant should also avoid goldenseal. 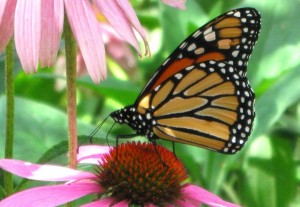 
Through the Japanese exercises in Gendai Reiki-ho and Komyo Reiki Kai classes your awareness expands so that you can see the delicate beauty of the butterfly also includes the beauty of the caterpillar from which it comes.

Rainy days or bedtime are the perfect time for a child to venture into the unexcepted adventures of unusual animals, a very wise old owl and little girl in the magical land in What Tail? by R.R.. Barnes

The CD Finding Your Solutions allows you to go into meditation and find your solutions at a time that is right for you.